Cyrillo Volkmar Machado was born in Lisbon in 1748 at a difficult moment for Portuguese art, which found itself at a transitional point between the Pombaline period and the onset of the Neo-classical period. He decided to travel to Rome, passing through Evora and Seville on the way. In the latter city he made contact with the Escuela de Nobles Artes [School of Noble Arts] directed by Juan del Espinal, where he studied geometry. In Rome, he took lessons with leading masters before returning to Lisbon in 1777. Immediately after his arrival he worked on the University of Coimbra building, which was currently being built and decorated. Volkmar Machado gradually made his way in the Portuguese art world and was a highly prolific designer of architectural projects and theatrical sets. He also became known as a fresco painter through his work on the palace of the Marquesa de Bella, and above all through his ceiling paintings for the royal palace at Mafra, which in 1796 earned him the title of Painter to his Majesty. However, he would become best known to posterity through his activities as an historian of Portuguese art. 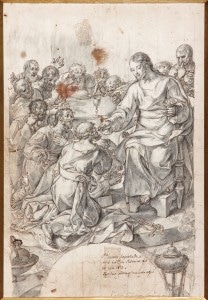