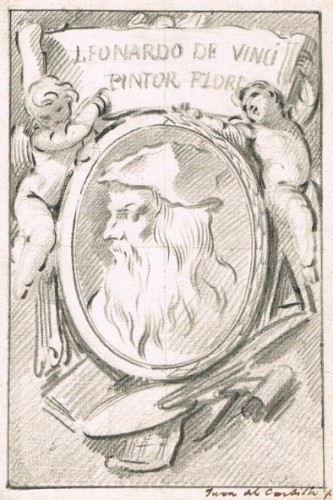 The year 1784 saw the publication of the annotated translation by Diego Antonio Rejón de Silva (1754-1796) of Leonardo da Vinci and Leon Battista Alberti’s treatises, based on the edition by Rafaelle Trichet du Fresne (1611-1661) published in 1651.1 Rejón de Silva’s edition was entitled El tratado de la Pintura por Leonardo da Vinci, y los tres libros que sobre el mismo arte escribió León Bautista Alberti (Madrid, Imprenta Real). A great devotee of art, which he practised at one point in his career, in the 1780s Rejón de Silva embarked on a significant activity – under the patronage of the Count of Floridablanca – as a theoretician in the support and promotion of the arts.2

Pursuing Enlightenment policies of his time, and with the aim of “promoting as far as I can the use and utility” of the “philosopher” painters, in other words those who founded the practice of painting on the study and application of the sciences, Rejón de Silva translated the above-mentioned works into Spanish, adding notes to clarify the texts. The illustrations for his publication were inspired by various prints by Charles Errard the younger (1606-1689) based on the drawings by Nicolas Poussin (1594-1665) used for the Paris edition. The drawings for the Spanish edition were executed by José del Castillo (1737-1793) and most of them were engraved by Juan Barcelón (1739-1801) and José Jimeno (1757-ca.1807). “While the approach is the same, in order to avoid the opinion offered by experts on Errard’s, they have been given a more elegant and slender appearance, as suitable for academic figures. Studies from life have been made where considered necessary in order to ensure that everything is as perfect as possible.” These illustrations included the portraits of the authors of the treatises: Leonardo da Vinci and Leon Battista Alberti.3

In the present preliminary drawing for the final design, José del Castillo followed Poussin’s portrait of Leonardo da Vinci produced for the frontispiece of the 1651 edition, adding numerous ornamental elements. While he retained a profile bust in an oval, the garland only covers the right half of the frame and Castillo introduced various allegorical elements at its foot that refer to the arts practised by Leonardo. These include a palette and brushes, in a clear reference to the art of painting; a hammer and chisel referring to sculpture; a set square in allusion to architecture; a lyre and musical score, referring to music; and a book and sheet of parchment in reference to his activities as a theoretician, scientist, philosopher and poet. Flanking the portrait and completing the composition are two small cherubs holding a partly rolled parchment with the name of the subject.

The technique of the drawing, based on discontinuous lines drawn with the point of the chalk at a pronounced slant, with some lines more heavily defined than others, and the use of parallel lines to create the shadows and the volume of some of the elements are all notably characteristic of José del Castillo. The cherubs are similar to the ones executed in stucco by Leonardo Retti for the aisle of the church of the Gesù in Rome which Castillo copied on so many occasion in the pages of his Italian notebooks.4

The drawing by Castillo that was ultimately used as the basis for Juan Barcelón’s print is notably different to the present sheet (fig. 1). In a more restrained way, the portrait is set in a circle with a border of pearl motifs within an architectural structure. The pedestal on which it rests is omitted, as is the laurel wreath around the border and the bow that tops Poussin’s portrait engraved by Errard for the 1651 edition.5 The result was a portrait that more closely reflected the taste of Diego Rejón de Silva, whom Ceán Bermúdez stated to have seen in Madrid drawing and copying works by Mengs.6

On 11 January 1785 the Gaceta de Madrid included an advertisement for El tratado de la Pintura por Leonardo da Vinci, y los tres libros que sobre el mismo arte escribió León Bautista Alberti, translated and with some notes by Diego Antonio Rejón de Silva, “considered to be outstanding for the instruction of painters in the scientific aspect of art; for which reason they have been translated and are published on higher orders.” This was a quarto volume with a price of 34 reales in a paper binding and 36 softbound, accompanied by a series of illustrations “for the better understanding of the precepts set out in this work”, engraved by Juan Barcelón and José Jimeno after the drawings by José del Castillo, including “the portrait of da Vinci and Alberti at the start of the life of each.” 7

Like the portrait of Leonardo da Vinci, this initial sketch by Castillo of Alberti was a study for the portrait to precede the life of that author by Rafaelle du Fresne.

Castillo followed Charles Errard’s engraving based on Poussin’s drawing but transformed the rectangular format with chamfered corners in which the portrait is set into an oval in a moulding with a pearl motif. Castillo omitted the decoration of garlands and ribbons emerging from the mask at the upper part and replaced them with a decorative ribbon with a bow fastened in the centre to a circular supporting element that is very close to the motif used at the top of the tapestries for the bedroom of Charles III in the Royal Palace in Madrid, a project in which Castillo was involved.8 The artist maintained the partly rolled-up parchment with the sitter’s name, albeit with slight variations in the inscription, and embellished the sides of the oval with elements referring to the artistic materials and disciplines discussed by Alberti: a pair of compasses, a palette with various brushes, a tragic mask, birds’ feathers for writing, and books. The overall result is similar to the preparatory drawing of Miguel de Cervantes which Castillo produced for the illustration of the edition of Don Quixote published by the Academia Española de la Lengua in 1780.9

The final image engraved by Juan Barcelón for Rejón de Silva’s edition has significant changes with respect to this sheet (fig. 2). All the ornamental and allegorical elements are removed and the subject is set in a tondo with a border of pearl motif moulding within an architectural frame from which a pedestal with the inscription emerges at the bottom below the portrait. The inscription also reveals differences: in Castillo’s preparatory drawing Alberti is referred to as an architect whereas in the engraving he is described as a painter.10 Like its pair, there are visible squaring-up lines which divide the image into four squares in order to subsequently transfer it to a new support. Once again, the image of Alberti is constructed from soft strokes that are subsequently reinforced in specific areas while the drawing acquires greater liveliness through Castillo’s characteristic use of parallel lines for the shadows, creating a subtle and exquisite play of light and shade.

Both drawings also have an apocryphal signature in ink at the lower right corner of the sheet. The one on the image of Alberti reads “J. del Castillo” and on that of Leonardo “Juan del Castillo”, possibly on the basis of a now concealed inscription on the back of that sheet. Both drawings are laid down on sheets of card, the one of Leonardo inscribed “1913”, indicating that both were in the collection of the Marquis of Casa Torres in Madrid.