Bartolomé Esteban Murillo was born in Seville in 1617. Little is known of his early studies apart from training in the studio of the painter Juan del Castillo (c.1590-1657). His first major project dates from 1645-1646 when he was commissioned to execute a series of paintings for the cloister of the monastery of San Francisco in Seville. The success that he enjoyed brought him numerous commissions from the Church in Seville. In 1660, Murillo co-founded with Francisco Herrera el Mozo the Academy of Painting in Seville with the aim of improving the teaching of painters, particularly young students. In 1665 he became a member of the Hermandad de la Caridad [Confraternity of Charity], for whom he would execute some of his most important works. The last two decades of his life saw the consolidation of Murillo’s fame and prestige within the art world in Andalucía. His work, which had been enriched by what he had seen in Madrid and by the presence of numerous Flemish and Dutch paintings in Sevillian churches and palaces, would attain ever greater levels of technical quality and aesthetic sensibility. As a result Murillo was known and admired not only in Spain but also abroad, and he was the only Spanish artist of the day known in Europe, primarily for his genre scenes. 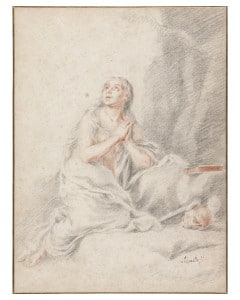