Domingo Martínez was born in Seville in the last third of the 17th century, probably around 1688. He can stylistically be considered an almost direct heir of Bartolomé Esteban Murillo (1617-1682), making him the most important and highly prized painter in Seville in the first half of the 18th century. The artist’s skills soon won him the patronage of the Archbishop of Seville, who commissioned numerous works from him. The period that the Spanish monarchs Philip V and Isabella Farnese resided in Seville, from 1729 to 1733, opened a new phase in Martínez’s career. He established firm friendships with the French painters Louis-Michel van Loo and Jean Ranc and was responsible for searching out works of art, principally paintings by Murillo, for the Queen. This association with French artists would become evident in his style, which became more refined and elegant, while he abandoned the use of earth tones for lighter, cooler ones. His friendship with Ranc led to a proposal in 1733 that he should come to Madrid and be appointed Court Painter. Martínez declined, however, as he had more than sufficient work in Seville and the last years of his career were marked by extremely intense activity. 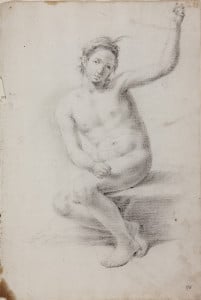 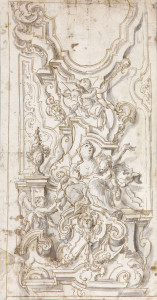