Members of the Gómez de Valencia family were notable artists in Granada in the second half of the 17th century, of which the most important and the head of the family was Felipe. Born in Granada in 1634, he trained there in the studio of the painter Miguel Jerónimo de Cieza, the most important local artist of the day. Although Felipe must have been a prolific artist – as suggested by the large number of paintings recorded in the posthumous inventory of his studio – few have survived. His canvases reveal his dependence on the work of Flemish artists known to him through prints and above all, on that of Alonso Cano, the great innovator in Baroque painting in Granada. However, while few paintings by the artist survive, this is not the case with his drawings, of which a large group are known. With regard to the artist’s particular characteristics, there is a certain dryness in the forms and a systematic avoidance of wash. The fact that most of them are signed and some even dedicated suggests that they were made as independent works to be given as gifts and not as preparatory studies for canvases. 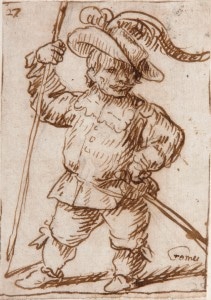 Dwarf dressed as a Soldier 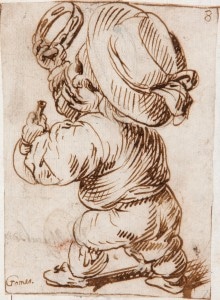 Dwarf with Bagpipes and Tambourine 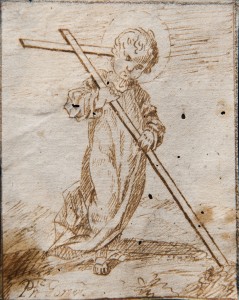 The Christ Child bearing the Cross