José Camarón is considered one of the most important Valencian artists of the second half of the 18th century. He worked as a painter, engraver and draftsman. Born in Segorbe, Castellón, in 1731 his training begins very young at his father’s workshop, the sculptor Nicolás Camarón. He continues his studies with his uncle, Eliseus Bononat, painter of miniatures, and completes finally his training in Valencia and in Madrid, enrolling in the classes at the Fine Arts Academy of San Fernando. In 1754 he returns to Valencia where in 1768 he figures as one of the founders of the Academy of San Carlos. He became painting director of this institution, and from 1796 to 1801, general director. As a prolific painter, he explored other many genres and mastered all the techniques, although the scenes of genre, full of colour and grace, are his most innovative paintings. These are related to painters such as Antonio Carnicero or Luis Paret y Alcázar and are contained within the Spanish rococo. However, his most important works are two series of religious works of art, twenty altarpieces carried out between 1781 and 1783 for the cathedral of Valencia, and the series of paintings undertaken for San Francisco el Grande between 1788-1789 in Madrid. Among his production outstands also the great number of drawings that were created for engravings, or that in some cases he engraved himself. Amongst the most well known series of illustrations are the twenty-five drawings for Life, greatness, and death of the Glorious Patriarch Saint Joseph and the thirty-one prints that he did for the edition of the Quixote of José Pellicer. After resigning from the direction of the Academy of San Carlos in 1801 his artistic activity ceases. Camarón dies in Valencia July 14, 1803, and is buried in the Chapel of the Souls of the church of Saint Stephan of the city. 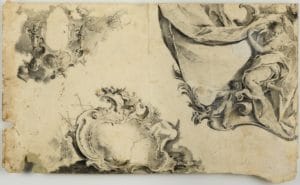 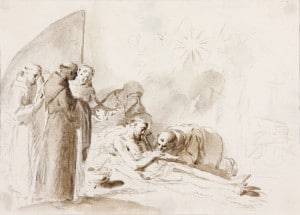