Salvador Carmona was born in 1734. At the age of thirteen he moved to Madrid with his uncle Luis Salvador Carmona, who was at that date deputy director of sculpture at the recently founded Real Academia de Bellas Artes de San Fernando. His outstanding abilities earned him the chance to move to Paris in 1752 where he studied under Nicholas Gabriel Dupuis at the Royal Academy of Painting and Sculpture. In 1754, Carmona produced his first independent print. Over the following years he focused both on the reproduction of works by the Old Masters and on the production of engraved portraits of the Spanish monarchs, Ferdinand VI and Bárbara de Braganza, and Charles III. Carmona was summoned to Madrid by the Spanish monarch in 1763. His arrival brought with it a complete change in the situation of printmaking in Spain. While during the early years of his career he had focused almost entirely on devotional images, this would cease to be the case with the ascent at court of figures of the importance of Nicolás de Azara. From this point onwards Carmona thus produced the illustrations for an edition of Sallust for the Infante Don Gabriel, for Iriarte’s poem Music and for Ibarra’s edition of Don Quixote. In 1783 Carmona was made Engraver to the Privy Chamber and towards the end of his life he received further honours. 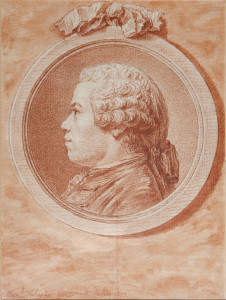