Pedro Atanasio Bocanegra was born in Granada in 1638 and was a pupil of Alonso Cano, Pedro Moya and Juan de Sevilla, who were the leading painters in the city at that time. His works reveal the influence of Cano in the soft but meticulously painted forms, particularly in his depictions of the Virgin and Child and the Immaculate Conception. However, Bocanegra’s works reveal an excessive dependence on prints and a weakness in the draughtsmanship, although he compensated for the latter by a graceful and harmonious colouring clearly derived from Van Dyck. His career was entirely associated with his native Granada where he gained renown and the patronage of the aristocracy. In 1686 the artist travelled to Seville then to Madrid to try his fortunes at court where he enjoyed the protection of Pedro de Toledo, Marquis of Mancera. This protection brought Bocanegra the commission to execute an Allegory of Justice for the Spanish monarch and to obtain the position of Court Painter ad honorem. He died shortly after his return to Granada. 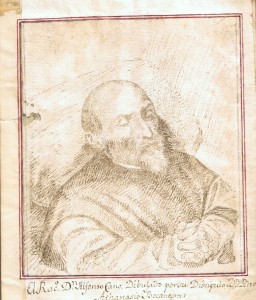 Portrait of Alonso Cano on his Deathbed