Salvador Bartolozzi was born in Madrid in 1882. At the early age of fourteen he publishes his first drawings in the magazine Nuevo Mundo, and at nineteen he moves to Paris to complete his training, where he stays five years assimilating all the latest European esthetics. He returns to Madrid in 1906 where he soon stands out as a poster artist. During these years, he also begins to illustrate for the Calleja editorial, where he will become its artistic director in 1915; for Blanco y Negro magazine or for La Esfera. In those days, he was acquainted with Ramón Gómez de la Serna with whom he founded the gatherings at the Pombo Café, and will become a regular collaborator and draftsman. In 1925 he launches a new children’s weekly edition, Pinocchio, that in a short time becomes the most popular children’s character of Spain in the 20’s. He also works as a creative and set designer for adult theatre. In this way, he will collaborate with García Lorca in La Zapatera Prodigiosa or with Miguel de Unamuno in El Otro. After the Civil War he takes refuge in France, where he will remain until 1941, up till the moment in which the Nazi troops invade Paris. Then, he will escape to Mexico where he will continue his career as a writer and draftsman until his death in 1950. 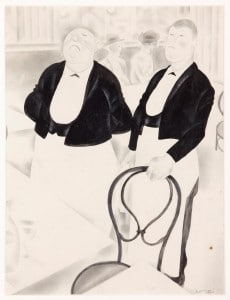 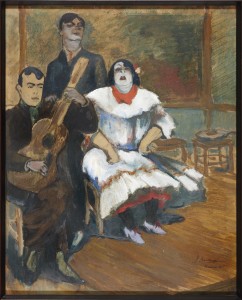