Born in Naples in 1634, Giordano trained as an apprentice of José de Ribera, whose style he will imitate from the beginning. After these early studies he travels to Rome and Venice, where he will dedicate himself to studying the great masters, paying special attention to Pietro da Cortona. His work is very prolific to the extent that his contemporaries nicknamed him as “fa presto”, due to his way of quickly executing a painting. In his production outstand above all the fresco compositions that he dedicates himself to at the end of the 70´s. Thanks to the fame acquired by these works he is claimed by the court of Spain by Charles II in 1692 to undertake the stairway and vault frescoes of the Basilica of San Lorenzo in El Escorial, one of his masterpieces. The king was so impressed with his mastery that he commissioned him to undertake the other decorations in the Alcázar, Aranjuez and in the Buen Retiro Palace, where he paints the Allegory of the Spanish Monarchy in the vault of the Casón. By intervention of the queen Mariana of Neoburg he is commissioned to paint in 1699, the decoration of the Madrilian church of Saint Anthony of the Portuguese. Philip V’s arrival to the throne of Spain in 1701, and the beginning of the War of Succession would mean the end of the royal orders, and thus will cause Giordano to return to Naples in 1702, where he dies in 1705. 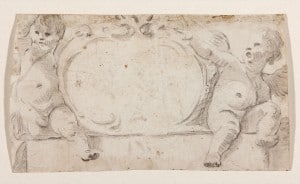 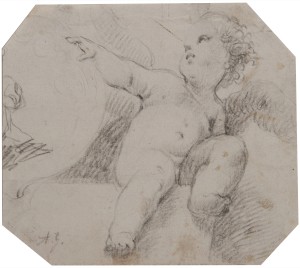