Together with his brothers Luis and Alejandro, Antonio González Velázquez belonged to an important dynasty of Madrid painters of the second half of the 18th century. Trained at the Real Academia de Bellas Artes de San Fernando, in 1746 his exceptional abilities earned him a study grant from the Academy’s Training Committee to go to Rome where he became a leading pupil of Corrado Giaquinto. In 1752 he returned to Spain to execute the decoration of the fresco in the dome of the Holy Chapel in the Basilica of El Pilar in Zaragoza. The success of this work led to his summons to Madrid and ensured his entry to both the court and the Academy, where he was named first academician of merit (1753), then deputy director of painting (1767), and finally Director of that institution in 1787. Among royal commissions, González Velázquez executed compositions in oil and frescoes for the Madrid churches of San Francisco el Grande, the Encarnación and the Salesas Reales. His greatest success, however, was undoubtedly the decoration of the ceiling of the new Royal Palace under the direction of Anton Raphael Mengs. 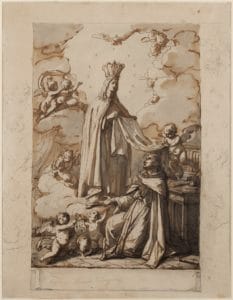 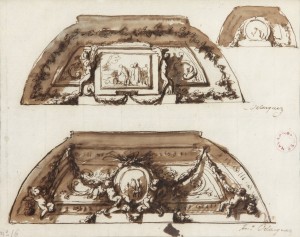