Born in Valencia in 1772, López began his training with Antonio de Villanueva at the Academia de Bellas Artes de San Carlos in that city. He enrolled soon after 1789 at the San Fernando Academy in Madrid, assimilating the teachings of Mariano Salvador Maella (1739-1819), from whom he derived his taste for precise, detailed draughtsmanship when preparing preliminary studies for his works, as well as a Baroque sense of colouring in the final compositions. López’s study of the frescoes by Luca Giordano and Corrado Giaquinto in the royal palaces in Madrid would also be fundamental to the development of his aesthetic language. After some years in Madrid he returned to Valencia in 1792, with the reputation of having achieved renown at court. He received numerous commissions in his native city for works in all genres, notably the fresco of The Allegory of Valencia commissioned by the City Council in 1800. In 1814, after the Peninsular War, Ferdinand VII summoned López to court, appointing him First Painter to the Privy Chamber one year later, which consequently made him the most highly sought-after painter of the day. From that point onwards López would combine his activities as director of the decorations of the Royal Palace in Madrid with portraiture, the field in which he gained most renown due the direct, sincere way in which he depicted the sitters and his rich, sumptuous treatment of the clothing and textiles. 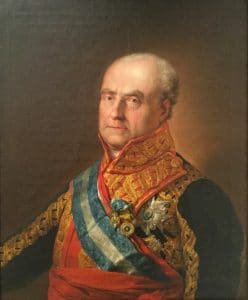 Portrait of a General 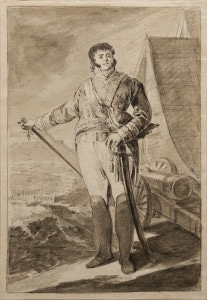 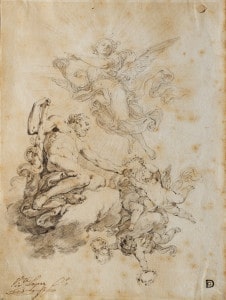 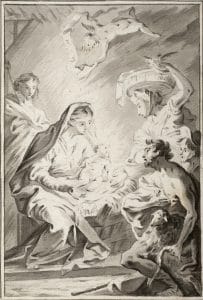 The Adoration of the Shepherds 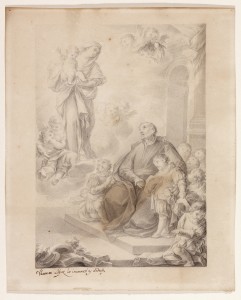 The Apparition of the Virgin and Child to Saint Joseph Calasanz